How HelpSpot Saved Union School District from Chaos During COVID-19 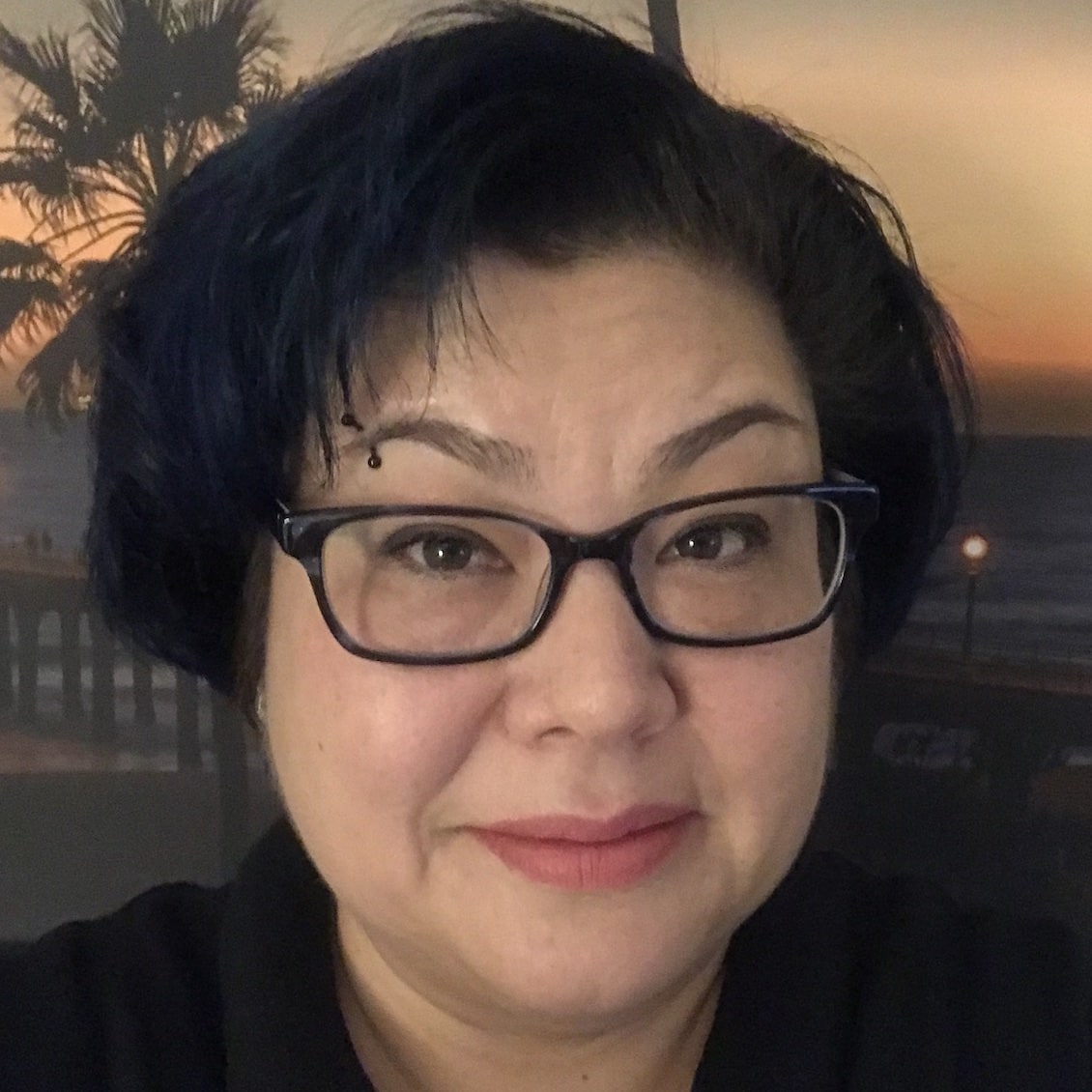 Lisa DeLapo
Director of Instructional and Information Technology
Union School District
I love having the ability to see the big picture.

Tackling distance learning in the age of COVID

Handling the demands of technology in a school system is always a challenge. Whether dealing with a server issue, updating a website, or saving an email blast that's gone bust, IT administrators always have their hands full.

Union School District is no exception. With the day-to-day tech demands of eight schools, it's imperative to have a help desk in place to ensure that problems are tackled in a timely manner.

A few years ago, much of those requests were handled via email. Union SD Information Support Specialist Eric Fonseca notes that it hadn't been a very streamlined process.

"When I first came in, it was a little less ‘structured'," Eric says. "Before, it was just like a repository of help tickets. You'd go in there, pick what you want or have to do, and then you'd do it."

HelpSpot had been in place before Eric joined the District.

Although the system is quite lean, he acknowledged it hadn't really been utilized to its full potential.

"The parents, the students, the teachers, any faculty or staff would email Support and request help," Lisa explains. "The requests would all go into this main inbox, and then we separated them. Someone from Maintenance and Operations would come in and check it and take tickets out, and then we assign all of our tech tickets."

Because of this cumbersome process, Lisa began looking deeper into HelpSpot's other organizational features.

"I'd recently taken over reassigning those [tickets] because I found that it was not getting done correctly," Lisa says. "I instead wanted to get to know HelpSpot better. So I started doing it about the time COVID struck."

And when COVID struck, everything changed. Children, parents, and teachers were having to adapt to distance learning, and many were struggling to learn the new technology that went with that. Naturally, the IT department was being hit with an increasing amount of help requests.

"It was overwhelming," Lisa notes. "But I'm glad we had [HelpSpot] because then we weren't getting separate emails and everything else at the same time."

Lisa says that when COVID hit, she and Eric dove deep into what HelpSpot could do.

"We set up a website, and on there we put the link to the parent site so we can route those tickets a lot quicker," Lisa says. "So if it was a Chromebook problem, and it was at a site, we could send it directly to the site. If it was an iPad problem, we could either send it to the site or to our iPad person."

The IT department started fine-tuning the system to make it even more effective. Templates were added, as well as help sections on logging in, distance learning, and more. Auto responses were utilized and auto-population on forms.

"Everything was so good after the first week when we realized we needed that, and the fact that we could do that. That was the first time I learned of that feature," Lisa continues. "Eric created this wonderful structure to all the prepared responses, and it was just amazing to route people to a place where they could get help first, on their own, and then ask us if they needed more help."

Eric says that utilizing HelpSpot further than the District had before directly contributed to simplifying the ticketing process.

"When COVID started, I implemented some triggers and rules to specifically route tickets to me or to another of my colleagues," Eric explains. "I'll look at my tickets and take care of them. I utilize some premade responses that I've made to solve those tickets if there's a common problem there."

It was the reporting, especially regarding response times, that provided valuable insight during COVID.

"That helped save a lot of my time going through the tickets," Eric continues. "We saw an influx of tickets that were similar, because we were putting in new procedures and new distance learning technology. So that saved us a lot of time."

The shutdowns caused by COVID, the number of students having to do their classwork from home, and parents trying to understand both the lessons and the technology, understandably caused quite a boost in help tickets, with an increase of 80%.

Lisa and Eric both note that the situation would have been quite different if HelpSpot hadn't already been installed.

Lisa says that HelpSpot's tracking and documentation features helped the District's tech team see whether issues had been resolved, instead of just "closed."

"One thing I implemented when I started was I asked the tech team to please, when you close a ticket, don't just close it. Please tell me what you did so we have documentation," Lisa says. "A lot of times, we were seeing the same problems over and over, and we didn't have fixes. The ticket was just closed. Now, when we go back and we see that that same person has the same problem again, we fix it and not just put a bandaid on it. It helped us be a little bit more thorough, and it helped us with documentation."

The time saved on individual tickets and responses quickly added up for the Union SD.

"I think for every ticket, it saved me a little time. But then if you multiply that by the amount of tickets we had, it saved a big chunk of time," Eric says.

Lisa believes time savings from the customization of HelpSpot are a win-win for everyone involved.

"I would say that for the customer side, the end-users who are asking for help, they got the help faster because it was going directly to the site that needed it," Lisa says. "So, that routing helped. And then having people self-diagnose and self-fix with the automatic templates that we send out were amazing. I think all in all, you can't quantify how many hours it saves, because it's a lot when you look at the customer side as well as our side."

Lisa also says that the time savings were important for the tech team in another way: Like everyone else, the team was working from home, too.

"I was probably spending about 6 hours on tickets, just going through them, and that's with interruptions from my family, because we are all working from home," Lisa says. "Who knows how much time? It was a lot of work at first, so I can't say exactly, but it probably saved me 4 hours in just responding to these constant things. It was having HelpSpot, as well as those auto responses, as well as the work we put in those fixes and those tutorials, that helped save us, I would say, dozens of hours a day for our department."

Lisa says that HelpSpot has let her department focus on what needs to be handled first.

"The funny thing is how everyone marks everything urgent because, to them, it is urgent. And our theme now, since COVID, is we want to be like oxygen: We want to be completely unnoticed until it's gone. Unless there's a problem, they shouldn't notice us," she says. "And so that's when HelpSpot has helped us focus our attention each morning. We talk about all the hotspot issues that we're having, and then we solve them together. It just helps us to keep in mind the pulse of what's going on as well."

Eric says that the customization of the responses and triggers in HelpSpot continue to make the tech team's job easier.

"I keep going back to during COVID, and even during back-to-school in August, those are the times we get the most influx of tickets, too," Eric says. "The triggers and the responses is what I love about HelpSpot. I would say that's what saved the day for me, and that's what I like about HelpSpot."

Lisa also says that HelpSpot has made it easier to see which customers have been helped and which ones still need help.

"It's prescreened everybody," Lisa says. "We could check in with them and say, ‘Hey, did you do this? And is everything okay?' And if they didn't respond, we could close the ticket. But instead, if it was something like, ‘No, I'm still having this issue,' then we could fix that. But it was like triage for us - like having a non-paid employee that got to do it. It was HelpSpot doing the work instead of all of us."

HelpSpot's tracking and reporting features have allowed the IT department to be more efficient.

"We both have access to see how long a ticket has been in someone's box," Lisa says. "I like that you can easily see what is still open and pending and how long they've been there. I just love having the ability to see the big overall picture."

Eric also points out that if the district was still just using emails to tackle tech issues, instead of HelpSpot, that a lot of problems could go unnoticed and unresolved.

"Sometimes you're answering an email, and four come in. And then you try to answer another one, and another four come in, and you get distracted," Eric says. "I think just keeping track of those requests, if we didn't have HelpSpot, and all we had was email, that would be really difficult to do. And probably some would fall through the cracks."

Lisa says the email feature within HelpSpot is important.

"A lot of times, I will forward things to Support," Lisa says. "If they email me directly with a question that can be answered through Support instead of directly through the director, I usually just forward it to Support and say, ‘Hey, I'm forwarding this to Support where it can be answered more quickly and by the person who actually knows. I think that having the ability to forward an email to Support, and it goes to HelpSpot, is just amazing."

A result of the triggers and auto responses in HelpSpot has also reduced response time.

The IT department at Union SD is looking forward to doing even more exploring with the platform.

"Something that we haven't completely utilized is the knowledge section of HelpSpot," Eric says. "I want to put something together there because we could use that to further direct the staff and customers."

And one of the best features of HelpSpot, according to Lisa and Eric, is the ease of self-directed training with the program. The two say they haven't had to reach out to the HelpSpot support team at all.

"There haven't been any major issues since I've been here," Eric says. "It's always worked. I can't think of a time when it was down or when there was an issue."

With the significant time savings in responses, reporting, training, and manpower, Eric and Lisa agree that they would definitely recommend HelpSpot to their colleagues.